You are here: start » tolerance_sets_163

In order to compare your measurements against different standards several 'Tolerance sets' were included with MeasureColor. Tolerance sets define which patches are used, what Delta-E method is used and how deviations influence the total score.

In MeasureColor it's possible to define your own Tolerance sets to meet your requirements. After that a Tolerance set can be used while making a job preset.

If your MeasureColor version is 16.2 or earlier, please read on here.

Since MeasureColor 16.3 the Tolerance set creating and editing section of the System management module got a major overhaul. If you are upgrading all features of your existing sets will still be there but the way they are presented withing the Tolerance set editor has been improved. 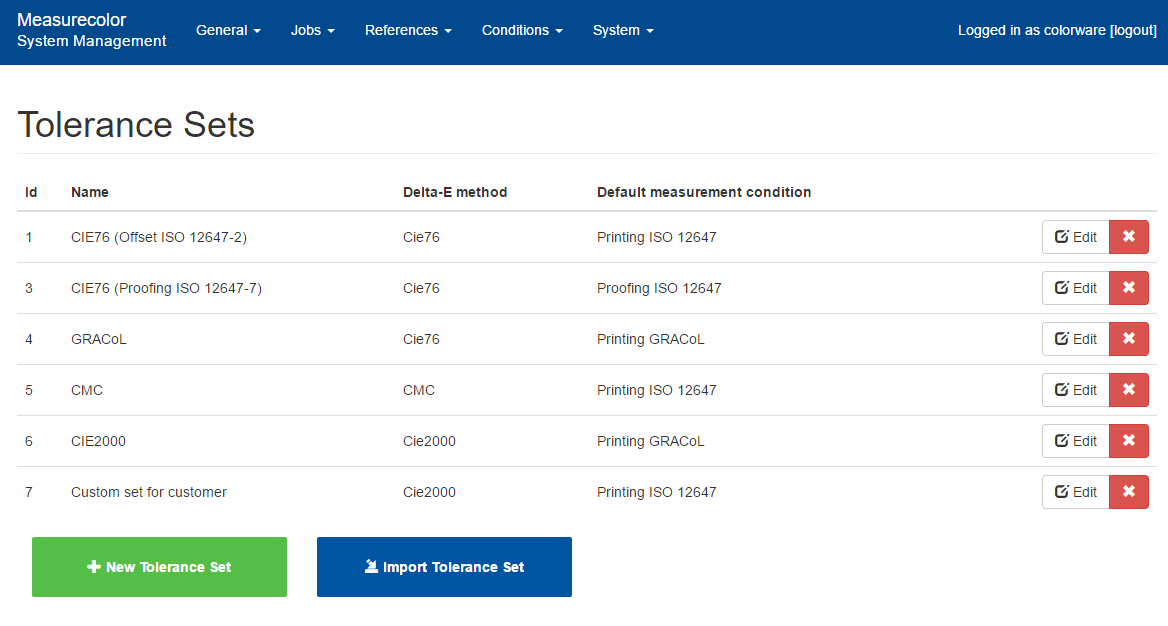 Here you can add, edit or remove your Tolerance sets.

When Creating a new Tolerance set a pop-up is shown to select a template. You can select the Basic template that sets rules for Solids, TVI and substrate. The Advanced template creates an empty Tolerance set.

Here we have an example of a Tolerance set with 4 rules: 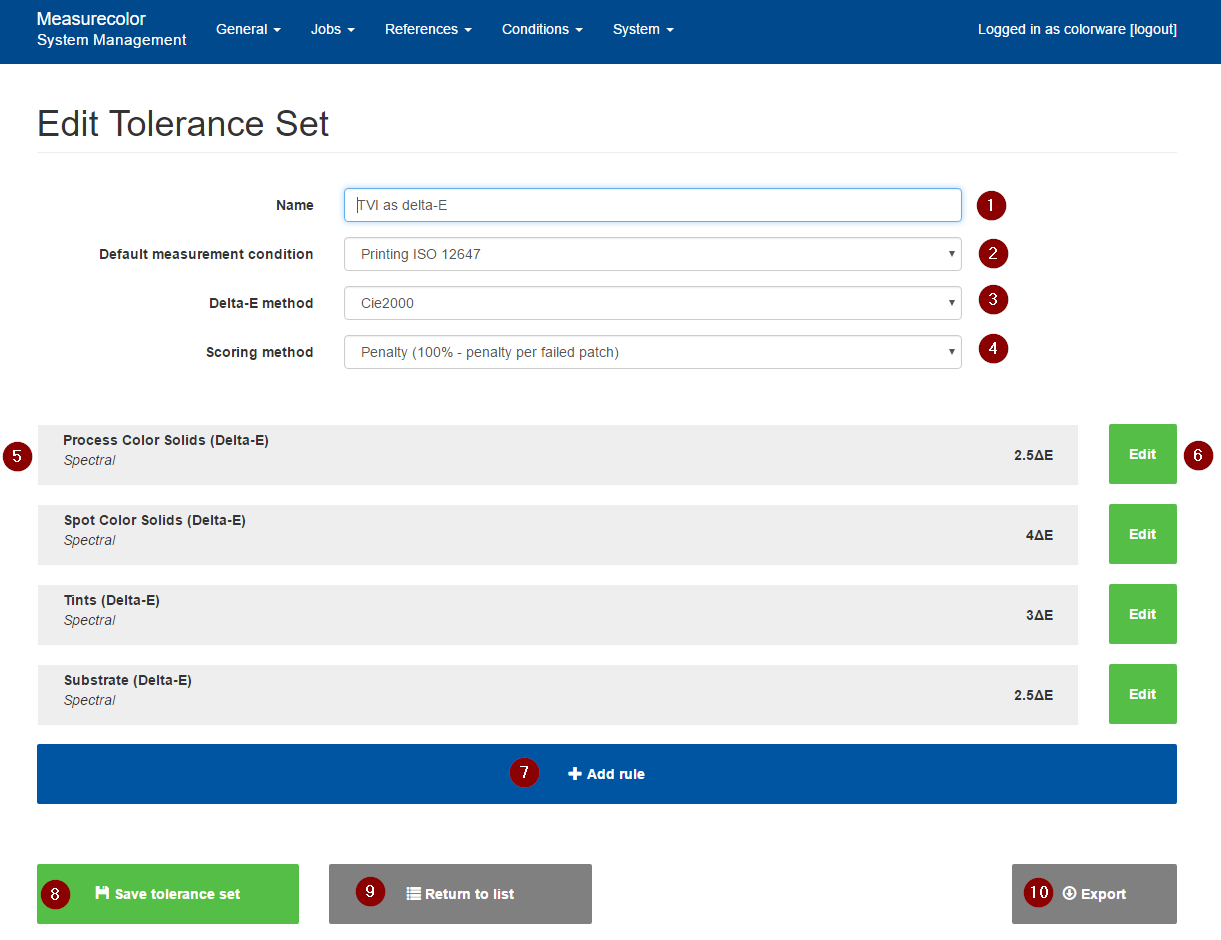 Use the Add rule button to select a new rule if it's not in the set already. Find the rule you want to edit and press the Edit button beside it.

While most settings are straightforward the percentile setting may need some explaining. Percentile is the percentage of patches in the same group that must comply to the pass/fail level. In most cases this should be 100%. If you set this to a lower percentage, say 90%, if 9 out of 10 patches of the same color are OK, no penalty is given. Very useful for offset litho printers who measure long ink zone based color bars.